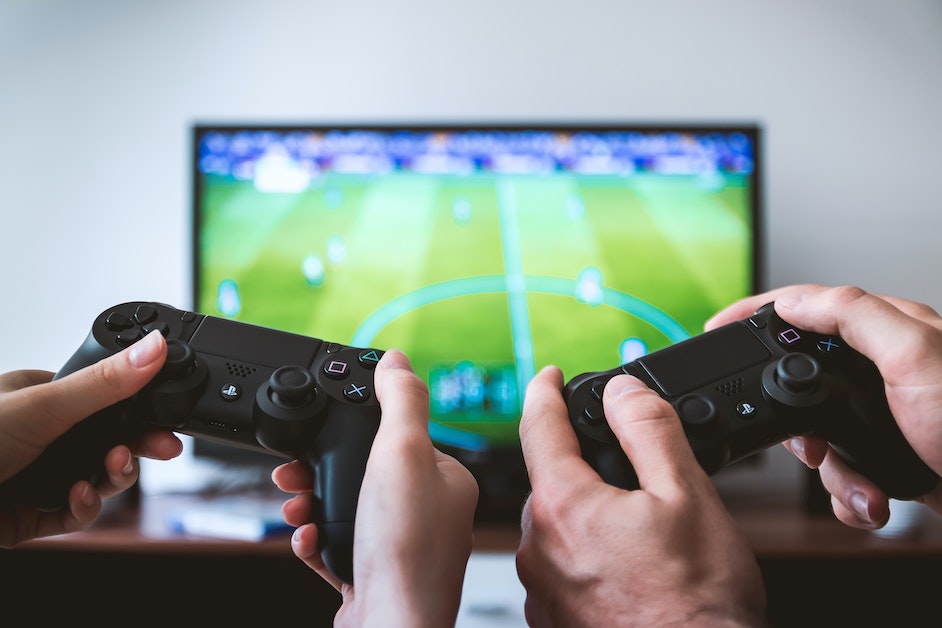 Gaming can be a quick release from the pressures of the real world. But games are made to be engaged with, either through a deluge of collectibles or quick hits of achievement.

But the same mechanisms that make games enjoyable can also make them addicting. So where do you draw the line between the two?

Early on in the pandemic, many people turned to video games. There was something about the immersion of a digital world that helped pass the time while also feeling connected to a world you could control. For some, it was a game like “Animal Crossing,” where you design your own private island and curate your favorite animal neighbors. Others might prefer a game like “Call of Duty,” where you log on after work and team up with buddies in a multiplayer environment and try to climb the online rankings.

“The game I’ve been getting into recently is ‘Stardew Valley,'” says Ahana Roy, a Garfield High School senior. “It’s a very peaceful farming game where you can play with friends or by yourself, and you can go plant and interact with a small town.”

The pandemic has shined a special light on games with low-impact objectives, where gameplay is built around creative and casual gameplay. Understanding the elements that make a game decompressing is at the center of a new virtual reality project from Seattle Public Libraries.

In partnership with two other library systems across the country, the VRTality project brought 12 local area teens together to develop a virtual reality game designed to improve mental health. The final product from Seattle is called “De-Stress Gardening.”

“We decided to add birds, because they made the game more lively and peaceful,” Roy said. “Our game is overall like a garden game, but we also have a totally different area within it called the realm of release, where you can break things.”

“Our goal was to normalize those conversations and to de-stigmatize mental health,” said Juan Rubio, the digital media and learning program manager at Seattle Public Libraries. “We had several activities that encouraged them to openly talk about, ‘how are you feeling? How do you relax? What are places that you find that help you to maintain a better mental health?'”

Rubio led other VR projects at SPL like an immersive history of the great Seattle fire and the strengthening of the Duwamish River. It was when the pandemic hit that he realized this could be a great opportunity for virtual reality to understand and support the mental health of local teens.

“It’s not goal-oriented, right? Where you have to achieve something specifically, you have to win at the end,” Rubio said. “It’s more about the experience.”

The project was overseen in conjunction with researchers from the University of Washington Gamer group, which studies the ways video games and adjacent media impact players. Associate Professor Jin Ha Lee — a gamer herself — says there’s definitely a stigma associated with gaming, one that sees players as “escaping” real world responsibilities in favor of simpler, more controllable virtual worlds.

“In reality, it isn’t a binary thing. As with anything in life, there are pros and cons to gaming,” Lee said. “Gaming can be a great thing in moderation.”

Lee says that looking at how much money or time a player is spending on gaming isn’t a dangerous indicator of something like a budding addiction.

“The most important sign of when gaming is becoming harmful is when it starts to affect other parts of your life,” Lee said. “For instance, your social life, because you’re spending most of your time just gaming, and not interacting with others. Or it’s actually impacting how you’re performing at work or school.”

Ahana Roy echoed Lee’s sentiments about moderation. While she does play slower-paced games like “Stardew Valley,” she also plays a more strategic first-person shooter game called “Valorant,” both solo and with her friends. That competition, or the need to complete just one more task, can quickly pass time and make games more of a chore than an escape.

“It’s very competitive in nature, especially ranked games,” Roy said. “But it can easily turn into maybe not so positive feelings. And it’s kind of like something you have to think about in moderation.”

Hear the full story from Soundside’s segment on video games by clicking the audio above.