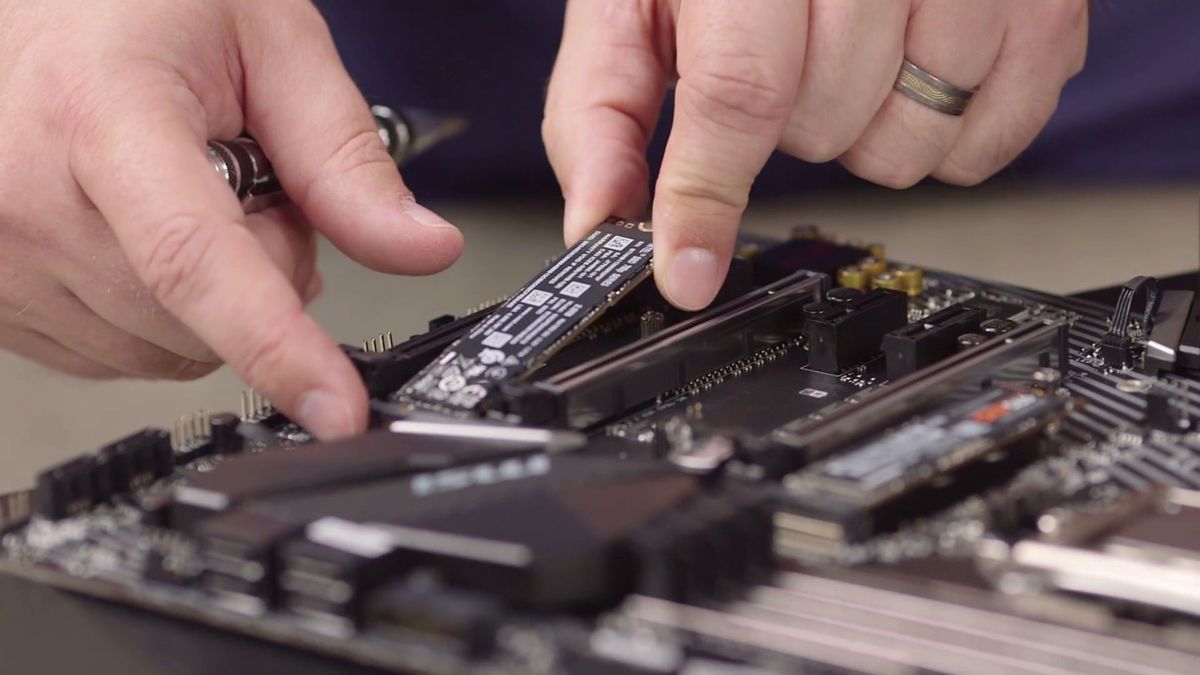 Great moments in PC gaming are bite-sized celebrations of some of our favorite gaming memories.

I didn’t expect the almost painful mix of dread and excitement I felt when it came time to hit the power button on my newly built PC. It was my first time building one from scratch and I’d gone all out with absolutely everything—the only bits that remained of my old gaming rig were a couple of SSDs that were too new to replace. I’d even got an M.2 SSD for my boot drive, which meant having to reinstall Windows as well.

I’ve enjoyed messing around with the innards of PCs for years. From the first time I installed a CD drive, to switching out old HDDs and fiddling around with the tiny jumpers that somehow magically determined its order in the boot sequence. I’d changed cases a few years ago, but it wasn’t until recently that I attempted to build a PC from scratch.

My trusty GTX 970 saw me through a lot and it probably owes its lifespan to the fact I was mostly playing World of Warcraft. I’d certainly thought about upgrading several times over the years, but it felt hard to justify when I spent most of my time in the relatively undemanding Azeroth. What prompted me to build a new PC was when it started seriously struggling with the number of Chrome tabs I constantly have open for work.

I opted for a big case, not only because it looked cool, but so I would have more room to work in. In truth, it’s probably a little over the top for what it’s housing but I’d rather that than make things even more difficult for myself with restricted space. Everything went according to plan, though there was a moment where I wanted to hurl the entire thing out of the window: when I couldn’t get the tiny case cables to attach to the right place on the motherboard.

Other than that, it was surprisingly smooth sailing—certainly not the absolute swear-fest I’d envisioned. So with the last cable connected and everything double-checked, the time had come for either glory or a hideously expensive mistake. I pressed the power button, bracing as if for some kind of explosion. Fans started whirring, the RGB kicked in, but there was no Windows installation screen.

I tried the thumb drive in the other USB port and tried again. Still nothing. As I became increasingly frantic and started to wonder—not for the first time—why the hell I thought I could do this, I spotted something on the desk next to my keyboard: the USB stick. Yes, it was then that I realised I’d been trying to boot my new PC with a bluetooth adaptor. In my defence, it is a similar shape and size to a thumb drive.

After correcting my mistake, I installed Windows without a hitch and I don’t think anything could’ve dented the pride I felt for days afterwards. Like playing a Souls game, the feeling of achievement far outweighs the frustration (or vague terror) it takes to accomplish. The one slight hiccup was a user error rather than something hardware-related so technically, my first ever PC build worked on the first try.