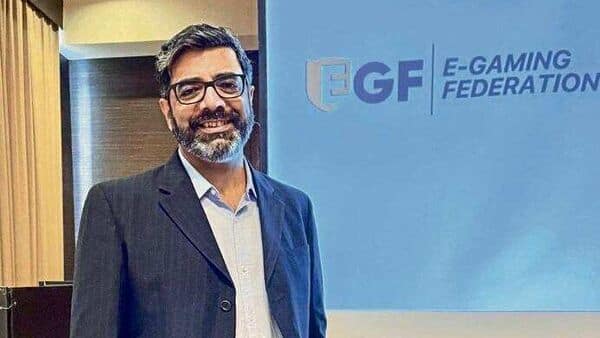 NEW DELHI : With several states, including Andhra Pradesh, Odisha, and Telangana, passing laws to ban online gaming, it is important to develop a policy framework to regulate the ₹15,000-crore industry, which is growing at 35% to ensure smooth operations, said Sameer Barde, chief executive officer, E-Gaming Federation, in an interview. The not-for-profit organization was set up to develop and self-regulate the online gaming industry in India. Gaming sites MPL and Games24X7 as well as companies like Paytm are members of the federation. The need of the hour is to have an overarching law to protect industry players from fly-by-night operators, Barde added. Edited excerpts:

How much does an average Indian spend on e-gaming annually?

We have probably one of the largest user bases for gaming. But most of them are playing for free so they are not really generating revenue. But the potential is vast. The growth rate is over 35% CAGR (compound annual growth rate), the fastest compared to any entertainment business, even OTTs. And while we see OTT growth  starting to flatten out, there’s a long way to go as far as gaming goes.

Which categories are considered problematic?

There are largely three categories. Casual games such as Candy Crush, Ludo, and Gardenscapes that can be played by all starting from a three-year old to a 90-year old. This segment is largely free to play or has ad-based revenues or operate on a freemium model.

The other end of the spectrum is eSports, which is now Asian Games sport wherein players can win medals. Fantasy games allow players to create make-believe teams of real players of a given sport.

There is much talk about it being close to gambling. State governments are up in arms.  The Supreme Court (SC) has categorized them as games of skill and games of chance. Essentially, any game where gamer skills influence the final outcome of a game far more than an element of luck or chance is called a game of skill. And any game where skills of the gamer have insignificant amount of impact on the outcome is considered a game of chance. That is considered gambling and so is illegal. The SC does, though, recognize that in any game, there is an element of chance. This jurisprudence goes back 70 years and establishes that games of skill are legal, can be played for money, and add protection under Section 19 of the Constitution.

Have some states banned these games?

Yes. Now, in a few of those cases, where industry has litigated, the high courts in those states, such as in Kerala, Karnataka, Tamil Nadu, clearly said the ban is illegal, and have overturned the bans. Karnataka and Tamil Nadu challenged  the high courts’ decision in the Supreme Court. The matter is yet to be heard.

Isn’t there a risk of players getting addicted to games of skill, too?

Yes, there is. There is a small percentage of players who tend to get carried away and they might be playing for too much money. And of course, these players must have protection so that they can play more responsibly. But can you do that by banning these games? In today’s day and age, if a state bans these games, their ability to enforce that ban is zero. Every person knows how to use a VPN. So how are you going to enforce that? Fundamentally, when you ban something what happens is that the legitimate players exit leaving the space open for fly-by-night operators and illegitimate players then occupy that space.

* Thank you for subscribing to our newsletter.