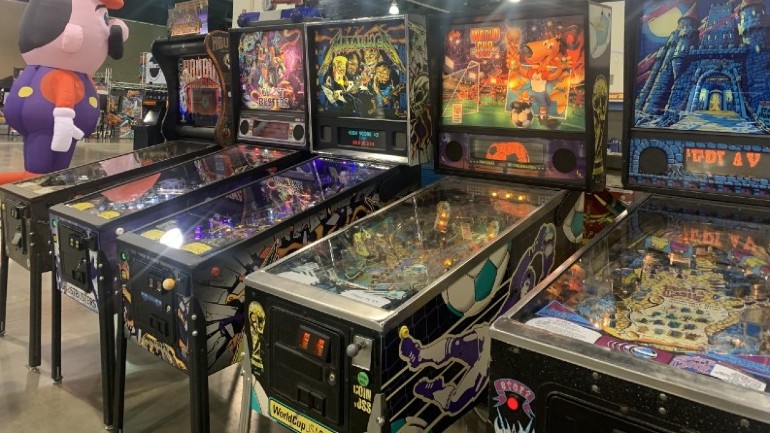 MILWAUKEE (CBS 58) — More than 15,000 gamers are heading to Milwaukee for the biggest Midwest Gaming Classic.

The weekend-long gamers utopia returns April 29-May 1 at the Wisconsin Center. It will take over three floors of the convention center. People can play thousands of pinball, arcade and tabletop games. There will also be live entertainment and pop culture personalities there. All play is free with the price of admission and kids ages 9 and under are free.

The event was started back in 2001 by two gaming enthusiasts in a Boy Scout office basement. The Midwest Gaming Classic is now one of the country’s largest independent gaming trade shows. It draws visitors in from across the globe, including many from Japan, South Korea, Australia, the United Kingdom, Germany and Spain.

The city of Milwaukee says this event brings in an estimated economic impact of more than $2 million to the area, providing a much-needed boost to the local tourism industry.

CBS 58 spoke with both promotor, Andy Nelson, and organizer, Matteau Isbill, about the event.

“This is literally built by two gaming enthusiasts. Fast forward 20 years, we’re here in a downtown convention center expecting 15,000 people from all over the world,” said Nelson.

“Every single console that has been created is here and you can come and enjoy it! We’ve got something for everyone. From the 2-year-old to the 85-year-old I always say, and it’s all free play!” said Isbill.

● Hundreds of pinball, arcade and console games on freeplay

● A gaming museum, from PONG to Atari to the latest gaming technology

There are also several new features this year. This includes an opportunity to meet the legends of Mortal Kombat to celebrate its 30th anniversary, performances from identical twin harpists Camille and Kennerly Kitt, known as the Harp Twins, debut of a new VR game called Arcade Legend by LAI Games, a Skeeball showcase, the unreleased Sega Pluto console, a POG tournament, an escape room and the first-ever Pop-A-Shot World Championship.

“Whether you’re a hardcore gamer or a dad showing your son or daughter old arcade games you used to play, we just can’t wait to see those smiling faces,” said Nelson.

“If you come with just two friends when you start, you’ll leave here with 50 friends by the end of the weekend,” said Isbill.

Tickets can be purchased at the Wisconsin Center. The event runs through May 1. To learn more, click here.