On Sunday, he contributed to his favorite childhood organization’s trophy case with a VALORANT Champions Tour title in a 3-0 win over LOUD in Reykjavík, Iceland, achieving global esports glory.

“It feels really good to return the favor to the same organization that I basically started with,” Whiteaker said after the win.

The OpTic VALORANT team, formerly under the Envy Gaming banner before the two North Texas esports powers merged in 2021, was consistently a top squad in the esport but hit final form in Iceland.

OpTic was already on a hot streak in 2022. OpTic also won a Call of Duty League Major I title with OpTic Texas, a $75,000 FaZe Invitational in Halo and acquired the operating rights to Esports Stadium Arlington.

Envy founder Mike Rufail watched from the OpTic headquarters in Frisco with members of the OpTic content and Call of Duty teams, among other branches of the company.

Rufail said the feeling was tense, and that this kind of global competition was the pinnacle of esports. Especially for a team from North America to win.

“Honestly, in major global esports, North America hasn’t had too many major wins. We are talking the biggest, most-played esports in the world,” Rufail told The Dallas Morning News in a phone interview. “This win really made a statement that we are able to create a system that allows us to win in competition on a global level.”

VALORANT is still a young esport, having only released during a global pandemic in June 2020. The VCT has only been around since November 2020. OpTic got their hardware early in the esports’ life, and it was a full-circle experience for head coach Chet “Chet” Singh, who coached for OpTic’s Counter-Strike team in 2017.

“I was unable to get [OpTic president Hector Rodriguez] a trophy back then,” Singh said. “So, now that I finally was able to help to that, it feels really good to bring that to him.”

OpTic may have the best esports team in the world across several titles. The latest VALORANT championship was a hefty one. 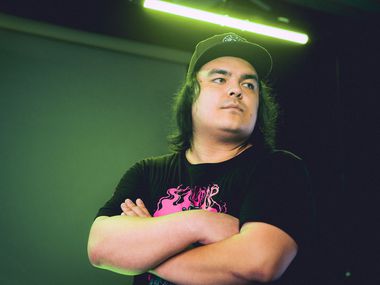